I haven't read all of the 246 World Bread Day entries (yet :), but I've already tried one of the recipes. Or, because I'm not very good at following recipes exactly, let's say I've prepared something similar.

So I've found Brii's recipe for cereal bread rather promising, and based on it I baked these delicious cereal rolls for breakfast: 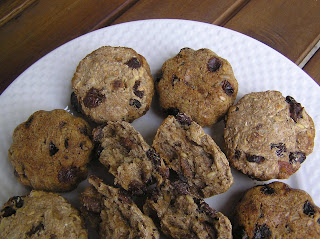 Instead of cereal flakes I've used my favourite muesli, and the flour I've chosen was whole spelt flour. I've prepared a smaller amount of dough, and formed rolls from it, which I baked in a greased muffin pan afterwards.

First of all, I started 10 g fresh yeast in about 200 ml lukewarm water with a little honey. Meanwhile, I put the other ingredients into a large bowl: 300 g muesli, 120 g whole spelt flour, 1 tsp sea salt. Then I added the yeast, and mixed the whole thing with a wooden spoon. I needed to add some more water to get a soft dough. I covered it with a tea towel and let it rise for the night. Then I kneaded it again, this time by hand, and I needed to add a little more water, because the cereals have taken up quite a lot of liquid and the dough was very hard. I greased a muffin pan, divided the dough into 12 portions, formed a roll from each and pressed them into the pan. I let them rise for about an hour, then put the whole thing into the oven, baked for 20 minutes at 200 degrees Celsius (without pre-heating), and then left them in the hot oven for 5 more minutes. 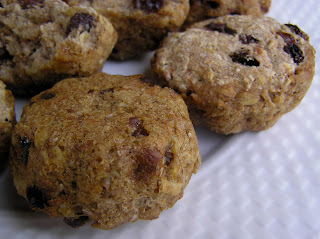 I ate them when still warm, just as they were. I enjoyed the rich flavour of the muesli, especially the dried fruits in these nutritious pastries. By the way, I didn't find them heavy at all. 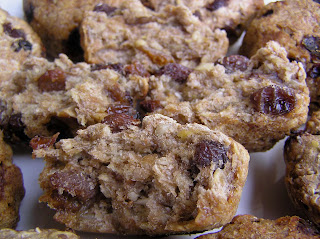 dulminaaaaaaaaaaaaaaaa!!
this absolutely fantastic!!!
sooo.now it is my turn to try yours!!!
thank's for passng by..and thanks for trying one of my recipes!!
have a nice week
bacioniii!!